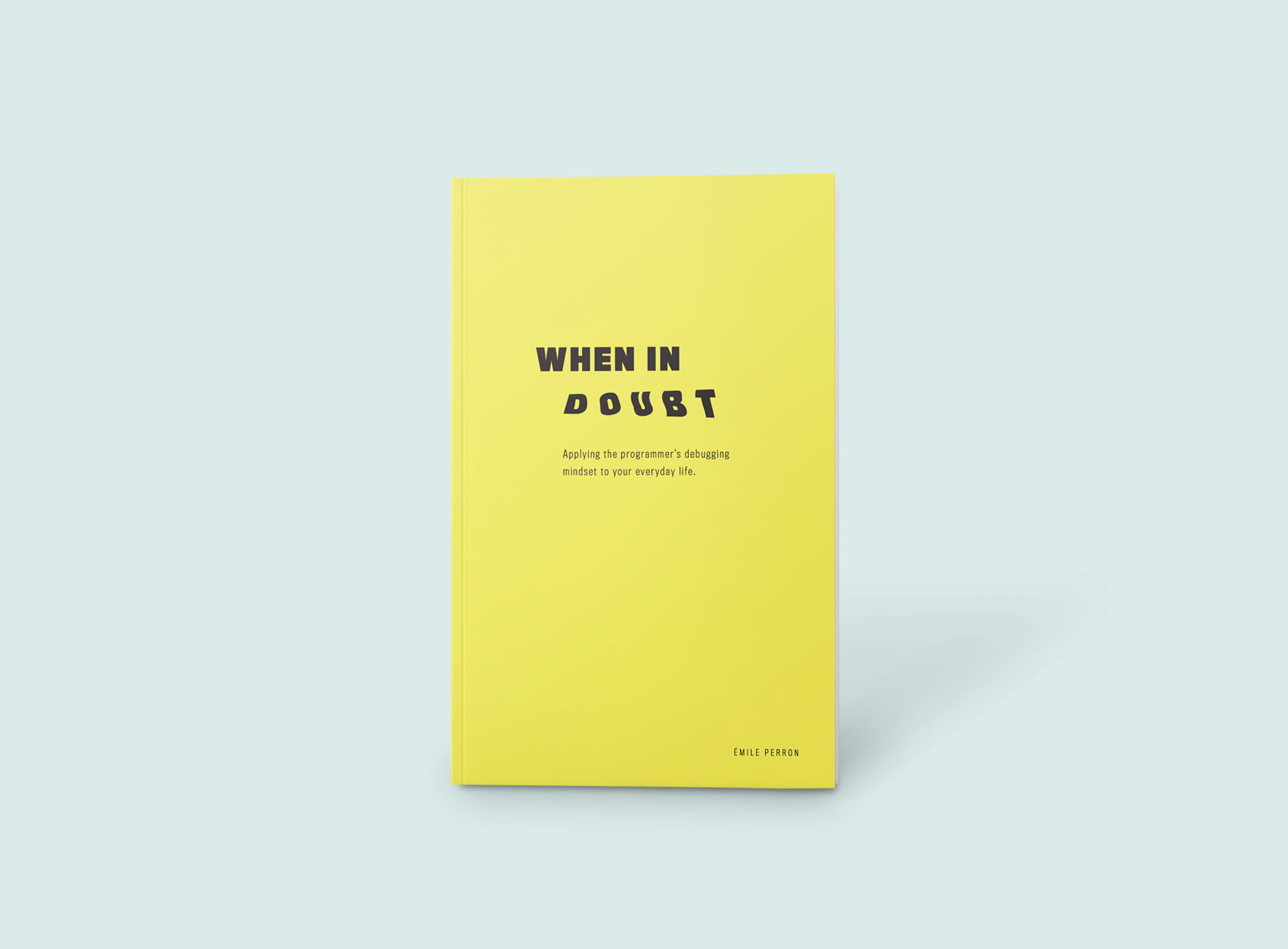 When in Doubt is very different from my other projects: it's a book!

In When in Doubt, the reader is encouraged to turn self-doubt into a tool that can be used to their advantage in order to produce better results at most of their endeavors.

Extracted from my programming experience, the principle behind this book serves as a foundation for a mindset that the reader can use to “debug” the aspects of their life that they are not satisfied with. 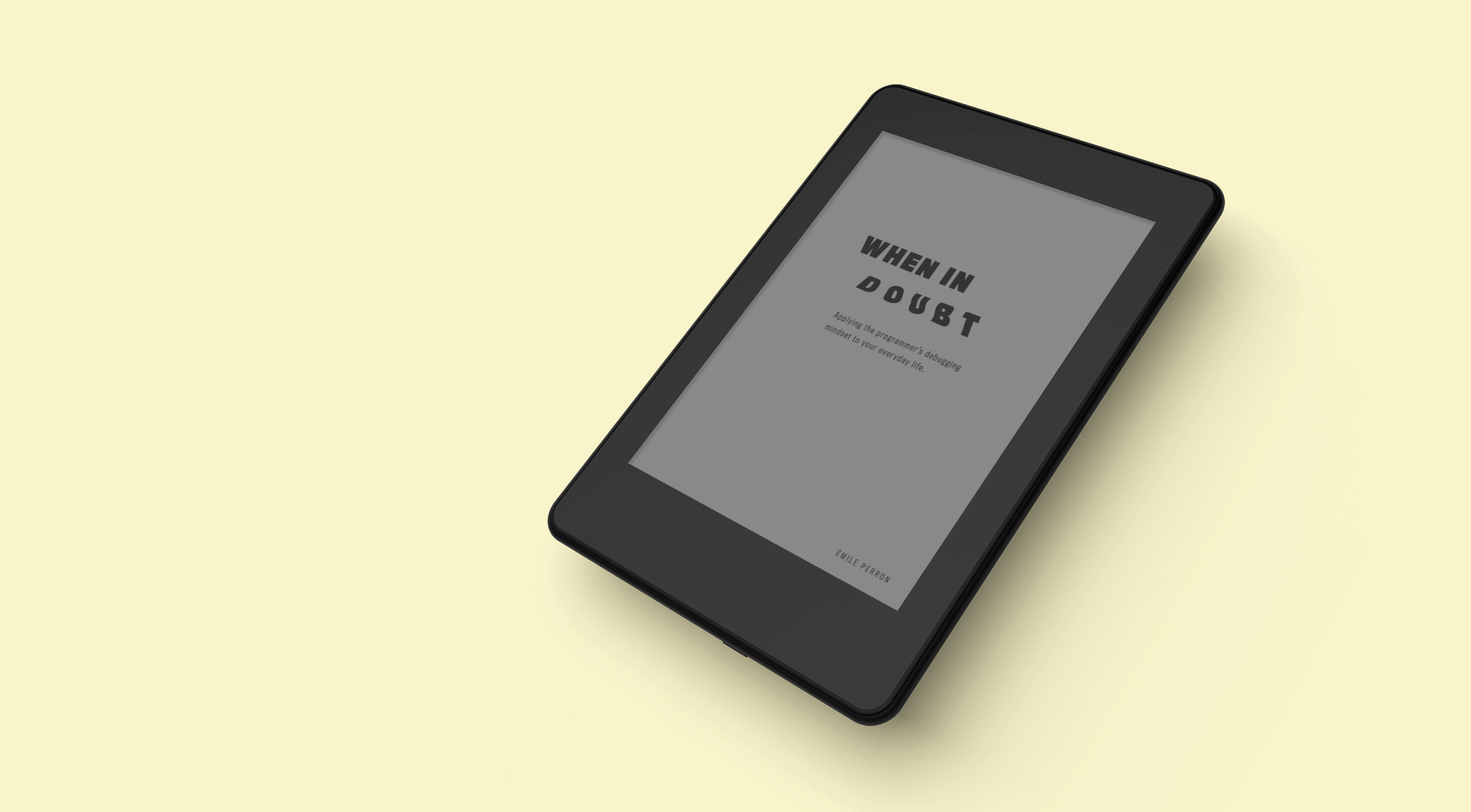 When in Doubt's origin

At the office, I kept hearing other programmers and developers complaining about things not working, only to find out a few minutes into helping them that they had made a very simple mistake. Oftentimes, they had already spent a lot of time trying to figure out what was wrong, but they were looking everywhere except in their own code (or they did look at it, but for a very short amount of time).

After a while, I started picking up the same type of thing in my regular conversations. People were facing issues, and looking at everyone but themselves; playing the "blame game", as I like to call it.

That's when it clicked in my mind!

From this point on, I started writing down my thoughts about the mindset I use when debugging code, and I tried to word it in such a way that it could be applied to the problems that people face in their everyday life. And that's how When in Doubt came to life!